Marvin and The Man 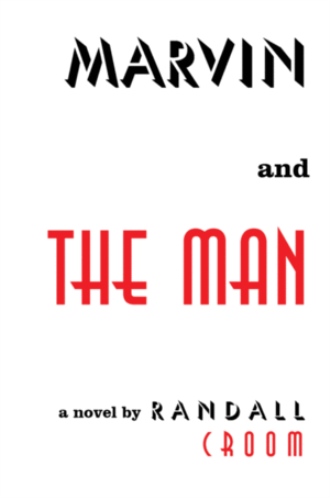 After being passed over for yet another promotion at The Company, Marvin comes to the sobering realization that his life is a failure. He watches others around him become happier and more successful while he continues to fail time and time again. Every time he feels like he's getting close to something better, he runs into insurmountable obstacles that could have only been put there by one person: The Man.

A shadowy group called They is out to get him-he just knows it. Even worse, The Man is keeping him down and destroying his dreams. At a breaking point Marvin finally decides enough is enough. He's going to try to find The Man and stop his reign of terror once and for all.

With his best friend, Herbert, Marvin sets out on the long journey to the Ivory Tower in hopes of finding The Man. The mysterious They seem to foil the pair at every turn, and the dangers the duo face on the road to the Ivory Tower are painfully real.

Now Marvin stands to lose his job, his reputation, and perhaps even his life. He faces hard truths and difficult decisions in the dark days ahead. Against the all-powerful Man and his unlimited resources, does Marvin even stand a chance?

Randall Croom knows something about pursuing dreams: he left his day job to focus on writing and doing other things he loves. He earned an MBA from Florida A&M University. Randall grew up in Birmingham, Alabama, and now lives in Indianapolis with his wife, Kimborah, and their dog, Nina Simone.