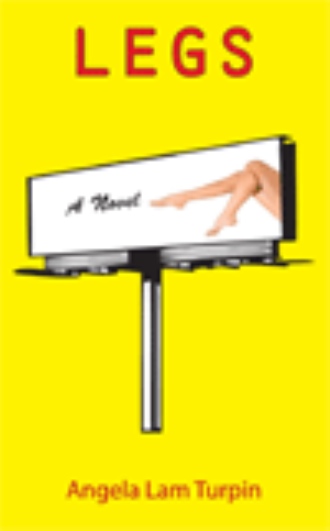 In the living room of the third condo we visit, the three-year old twins cling to my legs like gum. I want to pull them off, but I’m afraid I might rip the nylons. These aren’t just any pair of nylons. These are sheer nylons with tiny black bows stitched up the backs of the legs. I bought them on clearance at a specialty boutique that is no longer in business. These nylons have started more conversations and attracted more clients than any paid advertising I have done. I do not want them ruined. “No, Juan. No, Carlos,” Maria pleads. She’s a petite brunette with wide brown eyes and coco butter skin who does not look like she’s given birth to any child, let alone twins. I don’t know why my mother wants me to have children. Just because I’m thirty-five and have been living with the same guy for two years doesn’t mean I want to get married and start a family. If only my sister, Dee, wasn’t a flake, then maybe Mom wouldn’t pin all her hopes for grandchildren on me. When the boys won’t let go of my legs, I switch to negotiation tactics. “Want a cookie when we get back to the office?” They both lift their chubby brown faces and smile. “Okay, then let go of my legs. Now!” They simultaneously release my legs. I quickly examine my nylons for damage. Nothing. I sigh with relief. The headache I had earlier this morning is starting to return. I grope in my purse for my bottle of Advil. “So, what do you think?” I ask Maria, when we return to my midnight blue BMW SUV. I prefer driving my silver Mercedes Cabriolet, but it’s only a two seater. “I don’t know.” She turns her attention to the twins strapped in their car seats and speaks something to them in Spanish. They jabber for a few moments while I check messages on my cell phone. As soon as we reach San Tomas Expressway, the boy sitting behind me kicks my seat. I glance up in the rearview mirror and narrow my eyes. “Stop that!” The boy continues kicking. “You’re not getting a cookie when we get back to the office,” I tell him. He starts to cry. “Oh, no,” Maria says, shaking her head. I wonder if she really has problems with male real estate agents or if the male real estate agents have problems with her kids. I turn on the stereo, hoping to drown out the boy’s crying. His yelling boomerangs like pin balls from the four corners of the SUV. I roll down the window, hoping the wind will carry his hysterical voice away from me. He hollers louder. I hate Tom. This should have been his client, not mine. Why won’t the boy stop screaming? I hate Tom. I fucking hate him. At the next opportunity, I turn onto a side street and park. “What are you doing?” Maria asks. “Returning an important phone call,” I lie, getting out of the vehicle. Striding a couple of houses down the street, I flip the phone open and dial the office. “It’s Trina. Is Tom around?” “He’s in a meeting,” Su says. “Tell him it’s an emergency.” A couple of seconds later, Tom asks, “What’s wong?” Not the “wong” jokes again. “Seriously, Tom. It’s Maria. I can’t stand her children. I’m thinking of firing her unless you want to take her as a client.” He laughs. “You’re tough. You can handle anything.” “That’s not the point.” I rub my forehead. “I know I’m tough. But children don’t make sense to me.” The phone beeps. Who’s calling now? My face flushes with nervous excitement. “Since we’re pretty slow, why don’t you just take this buyer? I’ll do some cold calls and listing presentations for you.” “We won’t be slow much longer. The billboard’s going to change all of that.” A billboard? So that’s the surprise. 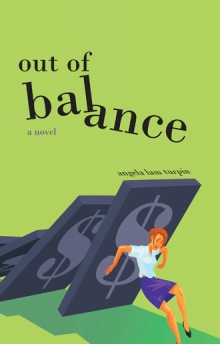 Trina Kay knows she has it all: a smart, sexy boyfriend and business partner, a closet full of designer clothes, and a multimillion dollar mansion overlooking Silicon Valley. But things spiral out of control once her boyfriend, Tom, puts up a billboard of her legs to advertise their real estate business. Furious with Tom's decision to exploit her body, Trina flees to Sonoma County where her best friend, Val, lives. She plunges into her new life with a fierce determination to succeed by opening her own real estate brokerage and starting to date. Things don't work out exactly as planned. Trina's living in a luxury apartment she can't afford with bills she can't pay. And the one nice man she's met has driven away before she could get his number. On the brink of bankruptcy, Trina finds a job working for Ms. Lashay at Smart Loans during the beginning of the mortgage crisis. Just when things couldn't get worse, the past threatens to collide with the present, and Trina is forced to make difficult decisions that will change her life and those around her forever.

Angela Lam Turpin has been in the real estate industry for over 15 years. Legs is her first novel. Her second novel, Blood Moon Rising, is a paranormal thriller with a romantic twist. It is available at www.angelalamturpin.com.