In Search of God 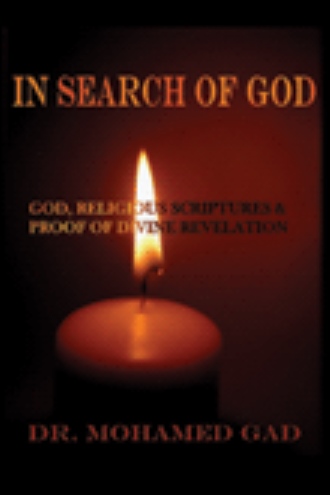 The purpose of this book is an attempt to search for God. To search for God one must first ponder the existence of a supernatural force that explains the existence of the universe and the creation of man. Once one realizes that there is a higher intelligence that is responsible for our presence we should then be compelled by a sense of curiosity to find out if this supernatural omniscient and omnipotent God has left us to our own haphazard devices or has set up a blueprint, or roadmap, for us to follow. This should lead one to examine the revealed religions in a scholarly manner. To do so one must not confuse scripture with those who are followers of the faith. Followers as well as nonfollowers of a particular faith may entwine their own culture, superstitions, biases, fears and ignorance with the reality of the revelation and therefore misrepresent the truth of revealed scripture. Through omission, deception or dishonesty humans with certain motivations may distort certain truths or realities. If a lie is repeated often times it can take on lifelike qualities till we become convinced of its truth. To illustrate this point we ask did Jewish slaves build the pyramids of Geiza? In the 1956 movie The Ten Commandments and in the more recent 1998 animated movie The Prince of Egypt we are told that Jews built the Pyramids. Abraham is the father of Isaac and Ishmael. According to recent discoveries at Ebla as noted in the National Geographic magazine (National Geographic, December 1978, page 736) the true date of Abraham’s existence is probably 2300 BC. Ebla was an ancient city in northwestern Syria sacked by the Akkadians c. 2250 BC. Historically, the Pyramids were built c.2560 BC. Therefore, the Jewish people, who are Abraham’s descendents, were not around c.2560 BC. Short of a miracle or a re-writing of history it would seem improbable if not somewhat impossible that enslaved Jews built the pyramids of Geiza. Joseph was thirty years old when he entered the service of Pharaoh King of Egypt (Genesis 41:46 & 41:39-40, NIV). Joseph meets his brothers during the second year of the famine (Genesis 45:6) and at that time his father Jacob was 130 years old (Genesis 47:7-9, NIV); by then Joseph is 39 years old as the seven years of plenty have ended and we are in the second year of the famine (Genesis 41:53-4). Hence, when Joseph was born his father Jacob was 91 years old. Joseph died 110 years old (Genesis 50:26). Abraham was 100 years old (Genesis 21:5, NIV) when his son Isaac was born while Isaac was 60 years old when his son Jacob was born (Genesis 25:26, NIV). Furthermore, as noted above, Jacob was 91 years old when Joseph was born. Hence, from the time Abraham was born till Joseph entered the service of Pharaoh there is a span of 281 years. As previously discussed, per National Geographic Magazine, Abraham lived around 2300 BC so Joseph was probably alive around 2000 BC. The Great Pyramid of Giza is thought to have been built for King Khufu (Cheops) circa 2560 BC (http://en.wikipedia.org/wiki/Great_Pyramid_of_ Giza).The etymology of the title Pharaoh, “pr-`3”, in hieroglyphs, means ‘His Majesty’ and was first used as a title in 1550-1292 BC (http://en.wikipedia.org/ wiki/Pharaoh). Abram (Abraham) and Joseph lived well before 1550 BC when Egypt’s rulers were called Kings yet the Bible relates both as living during the time when Pharaohs ruled Egypt (Genesis 12:20 and 41:46). The Bible (Exodus 15:19) and the (Koran 10:75) both concur that Moses lived during the time of Pharaohs. However, the Koran curiously reveals that Joseph lived during the rule of Egyptian Kings (Koran 12:43, 12:72) while the Bible states Joseph lived during the rule of Pharaohs (Genesis 41:46). Hence, Prophet Muhammad could not have directly copied from the Bible and instead we must admit that the Koran quietly corrected a subtle yet blatant Biblical error. But the disbelievers say: “Naught is this but a lie which he has forged, and others have helped him at it.” In truth it is they who have put forward an iniquity and a falsehood (Koran 25:4). And they say: “Tales of the ancients, which he has caused to be written: and they are dictated before him morning and evening” (Koran 25:5). 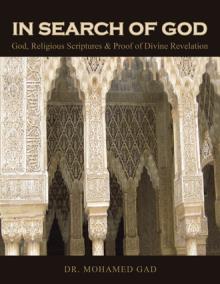 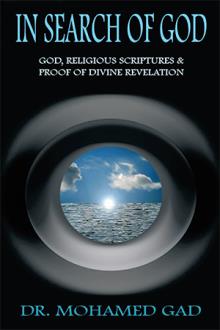 The author shares his personal journey while investigating religious scriptures for evidence to support the presence of Divine Revelation. The first section of the book begins with discussions supporting the existence of God and refuting Darwin; yet also arguing for the co-existence of evolution and creation. Subsequently, in the second section of the book, the author examines the Koranic claim that the advent of the prophet Muhammad is foretold in the Torah and the Gospel (Koran 7:157). The author traces this claim, beginning with Ishmael, the father of the Arabs, whose Hebrew name means “God Hears”. The Bible foretells that Ishmael’s descendents would have a “Great Nation” (Genesis 17:20, KJV). In fulfillment of this promise Ishmael’s sons Kedar and Tema (Genesis 25:13-15) are part of Isaiah’s prophetic vision, (Isaiah 21:11-17 and 42:1-11) as mentioned in the Old Testament’s Book of Isaiah. In the third section of this book the difficult yet challenging controversy surrounding the identity of Jesus, a major point of contention between Judaism, Christianity and Islam, is examined. The fourth part of this book deals mainly with Koranic scientific facts that only became common knowledge with recent discoveries. Finally, this book closes by examining the spiritual essence and commonalities of the world’s three major religions.

The author, born in England and raised in Canada, is a medical doctor who for over twenty-five years has been on a personal journey painstakingly analyzing and investigating religious scriptures for irrefutable evidence in support of the existence of Divine Revelation. This book is a compilation of different concepts derived from multiple sources. The author synthesizes these ideas in a lucid manner so that the readers may arrive at their own conclusions. The information in this publication is condensed yet sufficiently detailed; offering a wealth of information and a knowledge base that will serve as a resource for future reference. This book is an intellectual journey that promises to be a challenging endeavor for serious readers of all faiths and backgrounds. The author wishes to thank God for giving him the strength to work laboriously in compiling this material and utmost of all for enlightening him and instilling in him the desire to share the information that he has uncovered. Finally, as all humans have limitations in knowledge, the author wish to acknowledge any shortcomings by quoting old Islamic sages with the words that “only God knows”.