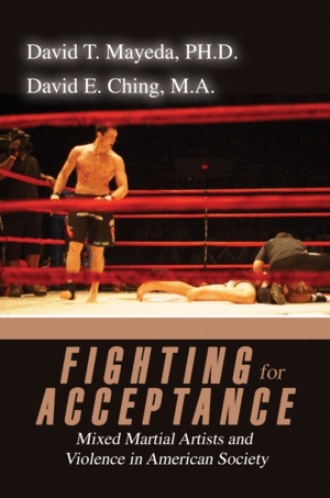 In recent years, mixed martial arts, also known as "ultimate fighting", has become the fastest-growing sport in American society, but it is also considered the most controversial. Based on interviews conducted with forty mixed martial arts athletes, Fighting for Acceptance answers these questions:

David Tokiharu Mayeda received his PhD in American Studies from the University of Hawaii in 2005, where he also served as an assistant professor. He recently entered his first amateur mixed martial arts competition.

David E. Ching received his MA in Economics from California State University, Long Beach and also taught at the University of Hawaii. He and his wife, Una, have a daughter, Natalie, and reside in Honolulu, Hawaii. E-mail us at MMAcademics@yahoo.com