A Life Shaped by God, Gender and Force of Will 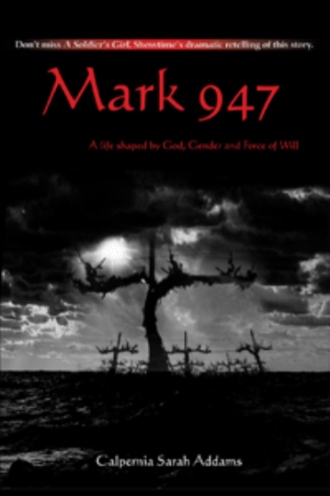 Mark 947 chronicles one woman's progress from spirit to flesh, a literal transubstantiation by force of will. Born a boy to loving but religious parents in the rural heartland of Tennessee, Calpernia Addams found her way on an unlighted path from forbidden dreams to fulfillment as a scholar, showgirl and eventually, as a woman.

Sultry stage siren by night, intellectual chameleon by day, she worked her way to the top of Nashville's underground entertainment scene without ever succumbing to drugs, alcohol or bitterness, and through it all never lost her heart. When love walked into her new life in the form of a handsome young Army private, it seemed everything had at last come together. Then at the pinnacle of her career, as she was crowned Tennessee Entertainer of the Year in front of hundreds of adoring fans, her love was murdered in his sleep sixty miles away by bigoted fellow soldiers, sparking a national controversy that resonates still.

Whether ablaze in the dazzle of the spotlight or haunting the woods of Tennessee in flannel and pigtails, Calpernia lives her life with the humor and spirit of a woman who can face anything and still move forward with hope intact.